Reims: a few days before Christmas, the drivers of a carrier of fresh products on strike 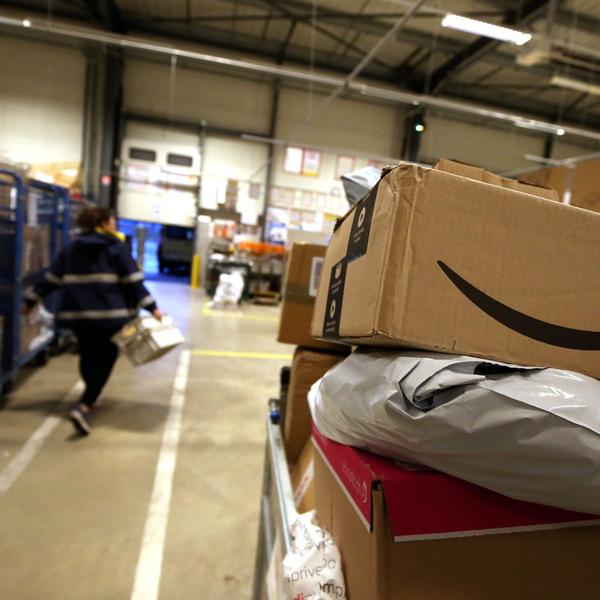 Reims: a few days before Christmas, the drivers of a carrier of fresh products on strike

The twenty drivers of the carrier G7 Champagne has been on strike since this Sunday.They demand from their management an improvement in their working conditions.A mobilization that could be felt on the shelves of supermarkets.

Fole, jackets adapted to cold, gloves and safety shoes, these are the claims of the strikers of the carrier of fresh products G7 Champagne.

Since this Sunday in Reims, employees take turns day and night on the picket line in front of the champagne antenna of the group based in Haute-Savoie."We work in fridges between 2 and -25 degrees and all that without cold clothes", deplores Kevin Chalot, company employee and CFDT union delegate.

Their claims are not new.For several months, employees have said they have requested outfits adapted to the cold, without result.This is the reason that has precipitated this strike movement."When we called the Human Resources Manager to find out where the employees have been asking for since May, he advised us to make a letter to Santa Claus," recalls Jean-Marie Hommet, secretary of the CFDTtransport of Reims, who came to support the mobilization.

Taking words their hierarchy, employees ironically gathered their demands in the form of a letter to Santa Claus.Among the grievances, they notably demand the payment of compensatory rest dating from 2019 but also an effort on the maintenance of their trucks.

According to them, some vehicles have more than a million kilometers on the clock with a defaulting cabin heating.Not to mention the hygiene of the boxes used for the transport of products which would leave to be desired according to the employees."We arrive with our customers with dirty trailers inside," explains Kévin Chalot."Customers sometimes tell us that they will not take care of us next time."What to degrade the image of the company.

Tired of working conditions which they consider to be "soon falling under Germinal", employees are now engaged in an showdown with their management, which did not follow up on our requests.But she indicates that she is managing the strike stake.

Relaying, the twenty employees blocks access to the Reims site.Eight 44 -ton trucks are currently responsible for perishable foodstuffs, for an average value of 80,000 euros per trailer.Goods whose strikers have conditioned the exit to a discussion with the management and the signing of the end of the strike protocol.

If this strike was to be extended, the mobilization of drivers could have an effect on the shelves of supermarkets, in the middle of the party.G7 Champagne has among its customers the Aldi platform in Gueux, the Leclerc power station in Châlons-en-Champagne, the Cora La Neuvillette, Cormontreuil and Villers-Semeuse, the Intermarché and the producer and distributor of Sodine eggs.

Products could therefore eventually miss locally.Especially since the strikers did not plan to go back to work before being heard by their management.